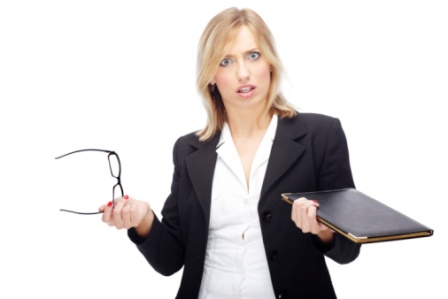 Is the Administration out raising taxes without congressional approval?
The surprising answer is a resounding YES.
by Alan L. Olsen, CPA, MBA (Tax)
Receiving that notice that you are being audited strikes fear in the hearts of most SMB owners.
For many, these tough economic times are about to get worse.  Tax professionals from across the country have noticed an increase of IRS audit and tax collection efforts.
If these efforts were solely directed towards tax dodging off shore corporate conglomerates, it would seem absolutely fair.  Unfortunately, many regular small and medium sized business owners are being randomly selected for an IRS audit, also seem to be targets.

Intensified audit and collection activity is likely an attempt to raise much needed funds for cash strapped local and federal governments.   This covert use of auditors and collectors to raise additional tax revenue is distinctly unfair, and should send fear into the hearts of all citizens, honest tax payer or not.
With tax returns being watched more closely, it is best to get professional advice and pay close attention when filing.  If you are a SMB owner or manager, it is always best to work with a certified public accountant.
Vast Numbers of New Auditors Have Been Hired
The IRS is currently hiring a vast number of tax auditors and collectors. Also, reported by Reuters on 12/11/2009, the US, Japan, Germany and the UK tax authorities are creating special new units to use a wide spectrum of tactics to investigate wealthy taxpayers.
The IRS has hired hundreds of auditors for this new unit alone.  Further, ask any CPA or tax attorney with recent dealings with an IRS auditor the following question.  Are initial IRS offers a product of informed, objective and fair reasoning?  The answer might surprise you, "rarely"; one tax attorney actually called it a "money grab".
Most US citizens take great pride in paying as little tax as legally possible, and they will pay good money for this ability.  But as the government tries to squeeze taxpayers for more than what they perceive as fair, animosity will begin to build, sometimes with catastrophic results.
To be fair, this secret tax strategy can be found in areas represented by both sides of the isle, and on the state level as well.  A recent conversation with a CPA based on the West Coast, produced the following story.
The CPA had a client audited by a state tax agency.  The CPA was informed that his client would need to produce receipts or canceled checks to prove that the taxes in question had been paid.   Otherwise, the client would have to pay all of the taxes (again) along with accrued interest and penalties.
The CPA went online to the state agency's official website and printed the corresponding receipts.  The client had discarded the original receipts years ago, and the bank they used had gone out of business.  Imagine the tax payer's surprise when the auditor refused to accept the receipts as proof of payment.  Frustrated, the CPA pointed out that the receipts were from their own "official" web site.   To which, the auditor asked; "How do I know they are accurate"?
Please note, most IRS auditors and collectors are wonderful and fair professionals.  But when additional tax revenue is generated from new zealous policies based on old tax laws or politically ill-advised new ones, the resulting secret tax hike is just wrong.
Mr. Olsen is Managing Partner of Greenstein, Rogoff, Olsen & Co. LLP, A Silicon Valley CPA firm with Offices in Fremont, Palo Alto, Danville and San Francisco, CA

Is your business behind the money curve?

LCD projector rentals are the most popular projector rented today. They now have improved contrast and luminosity levels. The term "LCD Projector" is often used as a catch-all for any type of computer projector, regardless of the technology being used.
Find Out more: Lcd Projector Rental