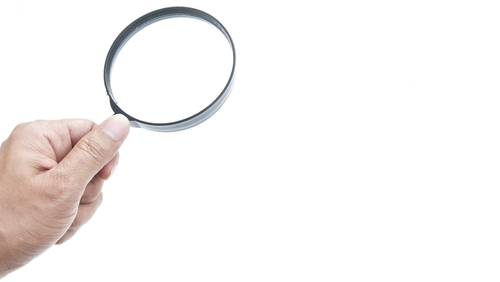 How Searching Other Companies’ Patents Can Keep Your SMB Safe

Companies pursue patents for a wide variety of reasons -- competitive advantage, company valuation, tax credits and others -- but in chasing patent claims, did you know that it actually benefits companies to look at patent applications filed by competitors, too?

That’s what one patent expert, attorney Roger Maxwell, believes. In his experience, searching competitors’ published patent applications and existing patents has actually helped his clients maximize their commercial advantages and follow the law.

“We can take a lesson from Hollywood,” he said. “Every aspiring screenwriter’s lament is that no producer will ever accept an unsolicited manuscript. There’s a reason for that. In copyright law, just as it almost always is in patent law, lack of intent is not a defense. In other words, if an agent or a producer even opens an unsolicited script, and 5 years later produces a film with elements from that script entirely by accident, they could be sued for copyright infringement. To prevent that, they simply don’t accept unsolicited material unless it comes from a licensed agent they trust.”

Maxwell said that the same principle can be applied for companies seeking patents, only in reverse.  Whereas access in the copyright arena can lead to inadvertent copying and infringement, access in the patent area can lead to a better understanding of the state-of-the-art, better product design and better patents.

“It is very possible -- and even likely in some cases -- that one company’s patent may well duplicate elements from someone else’s application or existing patent,” he said.

“Because intent is not normally an issue, that company could actually be held liable for patent infringement, even if it didn’t know what the other company’s patents said. In the case of patents, it’s important to refrain from having your patent infringe on anyone else’s, even if it’s by accident.”

So they don’t waste time and money proving they are violating the law and/or setting themselves up to pay damages, it is critical for companies that are preparing patent applications to search published patent applications as well as existing patents, according to Maxwell.

“In examining other applications, a company can ensure that no elements of their applications cross over with something already on the books, even if it’s in an application filed by someone else,” he added. “If you know what your competitors are working on with regard to their patents, as the public records afford you the capability to do, then you can work to not use any of their claimable technology in the pursuit of your own patent. That adds more weight to your claim and helps maintain the integrity of the system. The whole reason for patents is to recognize the proprietary ownership of a company’s intellectual property and to ensure unique ideas and executions of concepts can be protected. If a company finds a patent that it feels may arguably cover its products, it can further investigate the issue. If the investigation leads them to believe that their design does not infringe or the patent is not valid, an opinion from counsel may shield the company from enhanced damages that could triple the actual damages. If the investigation reveals that the patent is valid and infringed the company can either redesign their product or negotiate either a license or a purchase of the patent.  In my view, the best way to get a great patent is to check all available sources to make sure your application is verifiably unique and free from infringement of anyone else’s ideas already in the patent system.”

Roger Maxwell is a patent attorney and stroke survivor who believes in the power of patent searches. He says that when he first suffered the stroke, all his functions were affected except for his thinking.  Through intensive research, he was able to develop a step-by-step plan for recovery from stroke covering everything from forms of exercise, nutrition, and thinking skills to how your caregiver can best help.  He credits his wife and caregiver, Kathy, as well as co-author Daveda Lamont, for helping provide the clear roadmap to recovery found in Taking Charge of Your Stroke Recovery: A Personal Recovery Workbook. www.takingchargebooks.com