US SMB Opportunities: Tourism in America

The travel and tourism industry suffered a significant decline in sales in the aftermath of September 11th. Reluctance to travel has had an overall negative impact on several aspects of the industry, made up almost entirely of small businesses (SMBs).

Today, tourism to the US is making a recovery according to IPK International World Travel Monitor helping thousands of small businesses prosper once again. This is partially due to the weak dollar making travel to the US a real bargain. 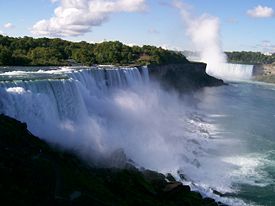 17% Growth in Travel to The US from Canada and Overseas
International Visitation Up 17 Percent in November 2007 Spending Exceeded $11.2 Billion for the Month - Year-To-Date Arrivals 11 Percent Above 2006

Canada Alone was Up 30%
Canadian visitation was a "driver," up 30 percent over November 2006 and 10 percent for the year. Air arrivals were up nine percent for the month and six percent year-to-date.