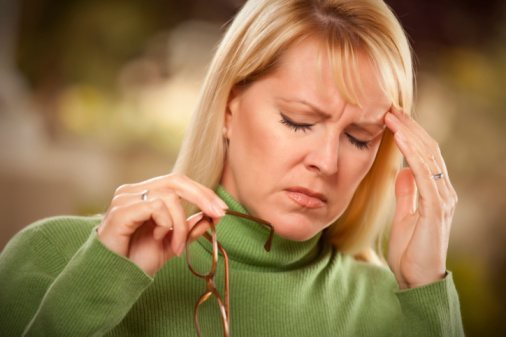 by Duncan Connor, Company.com
The BP oil spill crisis has grabbed national and international headlines over the past few weeks, for good reason. And with all the coverage of the disaster, there are certainly some lessons that even small businesses and entrepreneurs can learn from BP's mistakes.
Company.com – the online SMB lead generation and business social community that helps businesses save money, make money, and grow – has come up with a list of the five lessons small business owners can learn from the BP oil spill.
Lesson 1: Prior performance is no indicator of future success
One of the most fatal organizational diseases a company can suffer from is complacency. Deepwater Horizon was one of a number of drilling platforms that combined to earn Transocean a Safety Award for Excellence, given by the Department of the Interior's Mineral Management Service, for "outstanding drilling operations" and a "perfect performance period" during 2008. That recognition came at the MMS National Award luncheon in May 2009. Less than a year later, the Deepwater Horizon can be found resting on the sea bed in the Gulf of Mexico.
Awards can be dangerous -- nobody's saying that having great performance recognized is a bad thing, but awards are always given from a position of looking back at what happened last week, or last month, or last year. In business, if you're not looking at the road ahead, bad things can, and will, happen.
Lesson 2: Some costs are controllable -- some just aren't
Deepwater Horizon was commissioned by Transocean in 1998, at a cost of $350 million, and construction was completed by Hyundai Heavy Industries in South Korea in 2001. Transocean leased the Mobile Offshore Drilling Unit to BP, in a contract worth $496,800 per day. Rebuilding the Deepwater Horizon will cost around $700 million.
Cleanup operations are costing around $5 million per day, and BP's share price has fallen by 25 percent in the month since the accident. Nobody knows how much further BP's stock might fall as the spill is brought under control, but the cost of the lost production is going to find its way onto a financial statement somewhere. That will impact profits and may hinder future growth.
Lesson 3: Making unauthorized changes may void warranty
While the Deepwater Horizon was insured for $560 million (and Lloyds of London has paid out on that policy), the total insured losses could reach as high as $3.5 billion by the time compensation, law suits, and clean-up bills are settled.
The investigation into the cause of the accident is focusing on the blowout protector (BOP), and whether it was correctly connected and maintained. There is some evidence that the underwater control panel may have been modified and connected to the wrong ram which, to simplify things a whole lot, is the part of the rig that manages the circulation of drilling fluid around the drillbit. Right now there are dozens of lawsuits being filed which accuse BP, Transocean, Cameron International (who build the BOP), and Halliburton -- or any combination of those companies -- of negligence, careless disregard, and violation of the Oil Pollution Act.
Lawsuits are never a good thing to be on the end of -- not in your private life, and especially not in business.
Lesson 4: Have a back-up plan for your back-up plan
Engineers working for BP have tried many times to stop the flow of oil from the pipeline. The first solution was to place a 125 ton container dome over the well head. The dome would funnel the erupting oil to a pipeline that would transport the oil to a storage vessel. Unfortunately, methane hydrate crystals clogged up the opening in the dome and prevented the oil from being pumped away. On the surface of the sea, containment booms were put in place -- they're like bumpers to prevent the oil spreading on the surface. They might have worked, too, if the ocean was calm and still, but the wind and waves made the booms ineffective.
Plans to disperse, cap, and contain the leak have been tried and have been unsuccessful, though it's expected that heavy drilling fluids will soon be pumped into the BOP on the well head to reduce the flow of oil, and then the well will be permanently capped.
Lesson 5: When you screw up publicly, you can't control the damage
Twenty years after the Exxon Valdez disaster, we still remember the name. Do you remember that Bette Midler's "Wind Beneath My Wings" was record of the year? Does anyone remember what they played at weddings before 1989? The point is that we remember the bad things much more readily than the good things (1989 is the year Seinfeld first aired, and the last wonderful year before anyone knew the names of the New Kids on the Block). When bad things happen in public, or in a public forum like the Internet, you have no control over how it will spread. The lawsuits from this spill could run for a long time, and will be a constant reminder that the Deepwater Horizon was a BP vessel, impacting BP's reputation for years.
Recommended reading:
20 Great Ideas for Blog Posts