According to new studies released this week, the U.S franchising industry is predicted to experience steady growth in 2011. The study, produced by consulting firm PricewaterhouseCoopers  on behalf of the International Franchise Association, projects that the number of franchise units will grow 2.5% in 2011 to 784,802, as opposed to last year’s increase of just 0.3%. 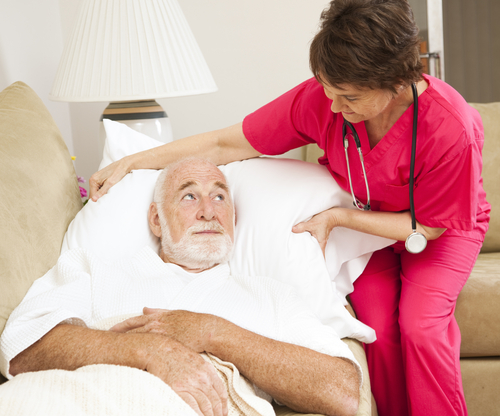 One of the largest areas of projected growth is the personal services segment, namely the senior care industry.  A multi-billion dollar segment of the U.S. economy, home care services are being consumed at an increasingly steady rate. This is largely due to the seventy six million baby boomers, their parents and the increase in average life expectancy.   According to recent census data, there are 40 million seniors currently living in the U.S. which is expected to double over the next 20-25 years.  And according to the Administration on Aging, individuals reaching age 65 have an average life expectancy of an additional 19 years – 20.3 years for females and 17.4 years for males.

Home Care Assistance, recently named a Franchise 500® company by Entrepreneur Magazine for the second year in a row, is one example of a successful home care franchise that continues to grow rapidly, with no sign of slowing down. The company grew 27% in 2010 and is projected to grow even more in 2011 with the addition of several key new hires, an investor group and a re-branding campaign.

Jumping nearly 130 places on the list, Home Care Assistance continues to grow at an astonishing pace

Home Care Assistance (http://franchise.homecareassistance.com/), a senior care company specializing in homebound care and live-in care, was ranked 251 on the list of Entrepreneur's Franchise 500®, compared to last year’s ranking of 380 – a significant increase in position on a list that already represents the best franchises worldwide. Entrepreneur’s Franchise 500® judges all companies on the same criteria regardless of size. Important factors used to compare franchise operations include but are not limited to: financial strength, stability, growth rate, size of system, startup costs and percentage of terminations.

“We are thrilled to be listed as a Franchise 500® company again in 2011,” said Jack Johnson, Vice President of Franchising for Home Care Assistance. “Even more exciting, however, is how much our ranking has improved. I attribute this to the quality franchise owners throughout our system who are beating their competitors and thriving in their local markets. As a result, we have seen a significant amount of growth in the company as a whole, both financially and geographically.”

Home Care Assistance Franchise has grown to over 50 locations in the United States and Canada in just five years. 83% of the locations that opened in 2008 grew in 2009.  Of these, almost 70% grew more than 20% year to year. This past year, Home Care Assistance grew 27% as a company, despite an economy that has still not fully rebounded.  Specializing in longer hour, live-in home care cases, Home Care Assistance continues to excel across the senior care franchise vertical due to its unique focus on live-in care (leading to higher, faster profits), its large exclusive territories and a turnkey system for hiring caregivers and acquiring clients. All of this has lead to network-wide weekly client billings nearly four times higher than the industry average.

Lily Sarafan, Chief Operating Officer of Home Care Assistance, shared, “While the recognition we have received through the Franchise500® and numerous other awards is a strong testament to the caliber of our organization, it is the outstanding financial performance and high satisfaction of our franchisees throughout North America that serve as our strongest validation.”

Senior home care is one of the most lucrative business opportunities of the foreseeable future. The North American population is growing older at the fastest pace in history, with the number of seniors aged 65 and older expected to exceed the number of children under the age of 15 by 2015. According to the AARP, an overwhelming majority of seniors – 89 percent – would choose to age in their own homes if given the option, which is why home care continues to be the preferred choice for adult children when it comes to finding care for a parent or loved one.

For more information on Home Care Assistance Franchise, please contact Jack Johnson at 702-204-1436 or visit us online at franchise.homecareassistance.com. Interested in learning about the approval process for purchasing one of Home Care Assistance's large, high potential territories? Complete your application here: http://franchise.homecareassistance.com/content/?c=23